The head of one of the best performing accounting firms in North America has been appointed President of DFK Canada.

Nigel Jacobs, CEO of Taylor Leibow, is the new leader of the national group of DFK International, the top ten global accountancy association.

He officially took over from Andrew Logan, Senior Partner of Teed Saunders Doyle, at the annual conference of DFK Canada held in New Brunswick in June 2018.

Chad Knippel, Partner at Kingston Ross Pasnak, was made President elect and Beth Porter, Partner at Noseworthy Chapman, was welcomed as Vice President, becoming the newest member and first woman to serve on its executive committee.

Nigel joined Taylor Leibow after moving to Canada from his native country of South Africa in 1994, the same year that the firm joined DFK International, and has since progressed within both organizations.

He was appointed CEO of Taylor Leibow in 2002, one of the largest independent regional accounting and advisory firms in Southern Ontario, and was made Vice President of DFK Canada in 2014 prior to becoming President Elect in 2016.

DFK Canada is the largest accounting association in Canada with its 12 independent member firms serving major economic centres across the country and providing coast-to-coast coverage.

Nigel said: “I am really excited to take on the role of president. DFK Canada is in a strong position and Andrew did a great job in terms of furthering our leadership programme by making sure we train our future leaders.

“I intend to build on this platform by focusing on strategic new member recruitment but not forgetting about effective succession planning within our member firms, and engaging more with our younger partners to make us stronger.

“Technology is also important and we want to help our firms prepare for change so that they stay ahead of the curve.

“The beauty of DFK is that we are independent and yet we share best practices to learn from each other which is very valuable for our firms, and I will be looking to further enhance this as part of a strategic review that I am undertaking with our Executive Director, Lynn Morrovat.

“We are very well-structured in governance and management, but there are industry disrupters ahead and we need to be aware of all these challenges.”

Reflecting on his term as President, Andrew said: “We have made some significant changes in the last two years or so and I think they put DFK Canada in a much stronger position. 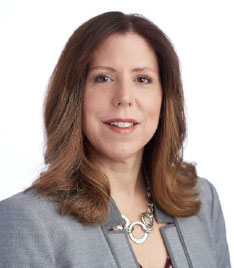 “We moved to an association management firm to run our affairs – and we hit a home run. We are seeing the rewards and it will leave a very good legacy going forward.

“We have also signed up a new member to DFK – Buckberger Baerg from Saskatoon – which is very rewarding. It takes around two years to land a new firm, so I am delighted for that to have been a success.

“I have known Nigel for 15 years and he will take DFK Canada from strength to strength.”

Beth has been involved with DFK Canada since 1995 when she first joined Noseworthy Chapman, and is looking forward to being involved in mapping its future as part of the executive committee.

She said: “I am looking forward to working towards the goal that we have always had of building relationships and encouraging referrals, and sharing resources in areas such as professional development, standards and best practice.

“I am also keen to help build the DFK brand and for people to know more about us. We need to be seen as being on the same level playing field as the national and multinational firms. We have a lot of the same resources and I believe a lot more to offer because our firms are part of the local business communities we serve.”