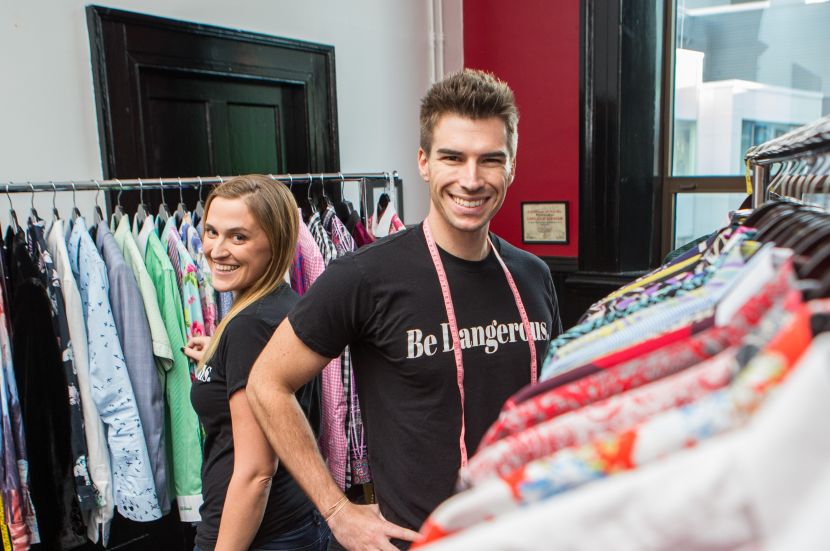 When entrepreneur Jeff Alpaugh was given the chance to pitch his business idea to potential investors on the Canadian version of a global television programme, he knew he had to get his sums right - or he would quickly be shown the door.

A lack of preparation has sealed the fate of many who dare to enter the Dragons’ Den, the popular title of the programme that has been aired in some 30 countries worldwide.

Jeff’s lawyers referred him to DFK member firm Teed Saunders Doyle for help - and he hasn’t looked back.

Jeff Saunders, tax partner at Teed Saunders Doyle, which has offices in New Brunswick where Alpaugh lives, came up with a game plan with an associate, Rylan Melles.  It was to educate and prime Alpaugh in an intensive six-week period leading up to his appearance on the show. After thoroughly digesting and analysing the financials, they reproduced the figures in a format that was easier for him to understand and then drilled him in their own boardroom for hours and days until he was pitch ready.

The pitch was for his business called Jeff Alpaugh Custom, The World’s Most Dangerous Dress Shirts, making high-quality and reasonably priced custom-fit dress shirts with designs that can be as bland or as wild as a customer wants.  Hence the name.

“I knew that on the show, you sink or swim based on a strong understanding of your numbers.  Our numbers were in a mess and I was in a pretty panicked situation.  I spoke to my lawyers and they told me I needed to meet Jeff Saunders,” recalled Alpaugh.

“Jeff instantly knew what needed to happen and took control.  They went through everything and gave me a full briefing so I would sound competent on television.  I’m not the sharpest tool in the shed so those sessions took a while and I’m sure really tested their patience, but they did it.

“They rolled up their sleeves and got into the trenches with me.  They told me what I needed to say and made sure it was drilled into me.  It was hands-on mentorship as well as basic accounting.”

It couldn’t have gone any better and he was successful in attracting investment – cheered on by several hundred people who packed a restaurant in his hometown of Fredericton, the capital of New Brunswick, where Teed Saunders Doyle hosted a party to watch the live show, an event which even made the front page of the local newspaper the following day.

“Without Teed Saunders Doyle, we would have just been another bunch of people who looked like idiots on the show,” said Alpaugh.

“The first three questions were financial in nature and we knocked them out of the park.  After the show, we became a symbol of success in the city and it took us to a whole new level.”

It’s coming up to a year since the show aired and although the investment did not materialise, Alpaugh says that ultimately it gave the business the kick-start he had hoped for, particularly in terms of raising profile.

Teed Saunders Doyle are continuing to support Alpaugh in growing the business from its main online presence and New Brunswick store into new markets, both within North America and overseas.  And that’s where the value of its membership of DFK International shines through – not just in helping to penetrate different territories, providing him with the boots on the ground to help navigate taxation and business acumen.

When Teed Saunders Doyle hosted this year’s DFK Canada Conference, they invited Alpaugh to share his story as a guest speaker and among those in the audience was DFK International executive director Martin Sharp.  He immediately invited Alpaugh to speak at the DFK International Annual Conference in Munich.  Within four weeks, Alpaugh had addressed some 150 representatives from member firms across the world.  DFK had opened up the world to him.

“I think it’s really going to help to have some enthusiastic champions within DFK,” said Alpaugh.

Andrew Logan, a partner at Teed Saunders Doyle, accompanied Alpaugh and his business partner and then fiancé Emilee to Munich.  The couple were married in August, and invited Saunders as a guest, a sign of a relationship that is more than just transactional.

Saunders said: “Working with Jeff and Emilee to help prepare them for the Dragons’ Den appearance was a lot of fun.  They really wanted to know the numbers inside out so they were prepared for any questions from the Dragons.

“They were so eager to learn and their positive attitude was infectious.  It was a great experience all around and has led to a wonderful working relationship and friendship.  I am thrilled to be even a small part of their success.”

Logan added: “We as accountants do not always appreciate the impact that we have on our clients and our clients’ successes, and that we really do make a difference in a lot of cases, and Jeff would be the first to tell you that.  He places a lot of his success on his accountants.

“It also highlights the power of DFK.  Having that ability to have our client from the small province of New Brunswick appear before 150 delegates from around the world, and to build those connections and those relationships dovetails very nicely with Jeff’s strategic plan to be a world-leading brand.  That’s what we bring to the table.”